2016: The Schwidefsky Medal is awarded to Charles K. Toth for his significant contributions to the field of photogrammetric theory and practice in the last three decades and Clément Mallet for his many contributions to photogrammetry and remote sensing as the editor of the Revue Française de Photogrammétrie et Télédétection and as Program Chair for the Geospatial Week 2015 in La Grande Motte. 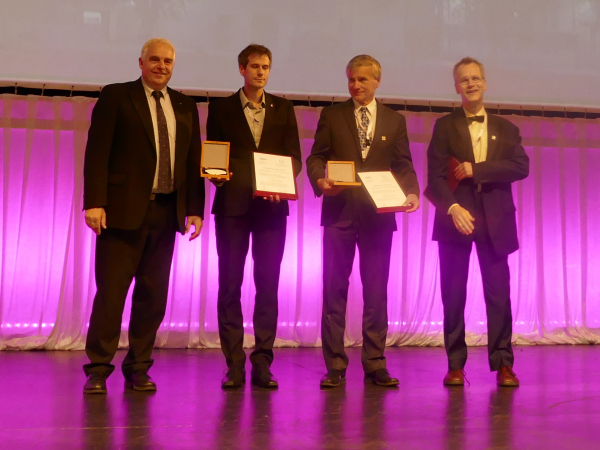 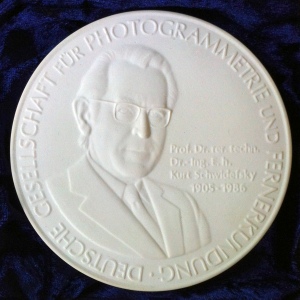 This medal will be awarded according to the following conditions:

Article 1
Normally, the medal shall be awarded at each Congress of the International Society for Photogrammetry and Remote Sensing.

Article 2
At any Congress the medal may be awarded to no more than two candidates.

Article 3
The medal will be presented to the recipient together with a certificate issued by the Deutsche Gesellschaft für Photogrammetrie, Fernerkundung und Geoinformation.

Article 4
Nominations shall be submitted to the ISPRS President no later than six months prior to the Congress at which it will be presented. Candidates may self nominate.

Article 5
Recipients shall be persons who have made significant contributions to the photogrammetry, remote sensing and spatial information sciences, either through the medium of publication as author or editor, or in the preparation of educational or promotional material in any media, in the area of photogrammetry, remote sensing or spatial information science.

Article 6
The Award is decided on by a selection committee consisting of the President of the Deutsche Gesellschaft für Photogrammetrie und Fernerkundung (Chair), the President of ISPRS and the Secretary General of ISPRS.

Article 7
The medal will be awarded at an appropriate event of the Congress.